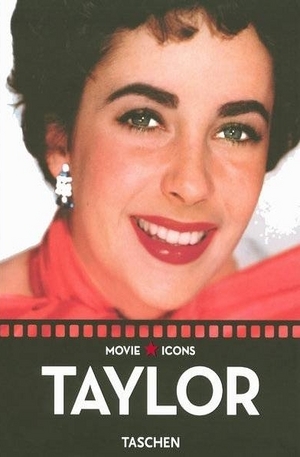 Elizabeth Taylor was a "diva" when that word still had meaning, before it was applied to every female celebrity with slightest bit of attitude and style. She was also one of the first actors to be raised to celebrity status by the media for the dramatic conflicts of her personal life as much as for any thespian achievements on the screen. In a time when studios controlled the news that was fed to the media about their valuable "properties," Taylors expansive personality and roller coaster personal life was way too extravagant and exciting to be contained by the spin doctors of Hollywood.In the "Movie Icon Series", people talk about Hollywood glamour, about studios that had more stars than there are in heaven, about actors who werent actors but were icons. Other people talk about these things, "Taschen" shows you. "Movie Icons" is a series of photo books that feature the most famous personalities in the history of cinema. These 192-page books are visual biographies of the stars. For each title, series editor Paul Duncan has painstaking selected approximately 150 high quality enigmatic and sumptuous portraits, colorful posters and lobby cards, rare film stills, and previously unpublished candid photos showing the stars as they really are. These images are accompanied by concise introductory essays by leading film writers; each book also includes a chronology, a filmography, and a bibliography, and is peppered with apposite quotes from the movies and from life.More bang for your buck! "...a fast-food, high-energy fix on the topic at hand." - "The New York Times Book Review".