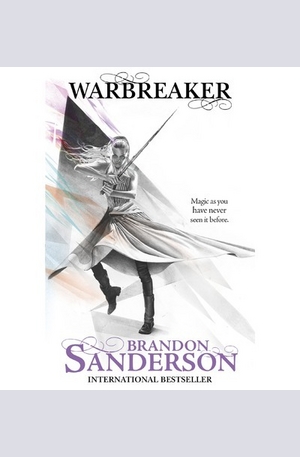 Warbreaker is the story of two sisters, who happen to be princesses, the God King one of them has to marry, a lesser god, and an immortal trying to undo the mistakes he made hundreds of years ago. Theirs is a world in which those who die in glory return as gods to live confined to a pantheon in Hallandrens capital city. A world transformed by BioChromatic magic, a power based on an essence known as breath. Using magic is arduous: breath can only be collected one unit at a time from individual people. But the rewards are great: by using breath and drawing upon the color in everyday objects, all manner of miracles and mischief can be performed. Brandon Sanderson proves again that he is a master of what Tolkien called secondary creation, the invention of whole worlds, complete with magics and myths all their own.