Turning Back the Clock 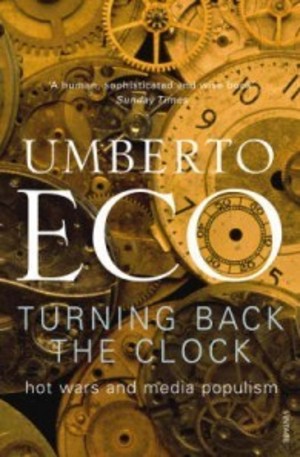 Turning Back the Clock

After the Cold War, the Hot War has made its comeback in Afghanistan and Iraq. Exhuming Kiplings "Great Game", we have gone back to the clash between Islam and Christianity. The ghost of the Yellow Peril has been resurrected, the nineteenth-century anti-Darwin debate has been reopened, right-wing governments predominate. It almost seems like history, tired of the big steps forward it has taken in the past two millennia, has gone into reverse. With his customary sharpness and wit, Eco proposes, not so much that we resume a forward march, but at the very least that we cease marching backwards.