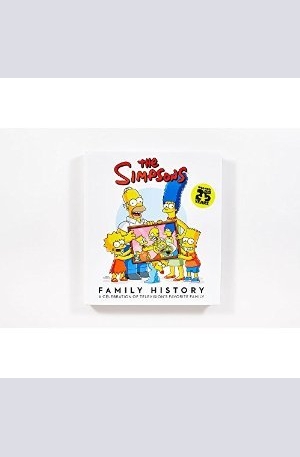 In 2014, The Simpsons will have been on the air for 25 years. It is the longest running American sitcom, the longest running animated series and the longest running primetime, scripted television series. In any list of the worlds leading families, the Simpsons would stand out. The Simpson family is often described as being "dysfunctional," but it would be more accurate to say that in their quarter century of existence they have proven to be multifunctional, capable of Shakespearean wit, possessors of numerous and impressive talents and skills, paragons of emotional intelligence and vastly knowledgeable about virtually everything. The Simpsons Family History tells the story of this typical, but also completely remarkable, family--rites of passage, milestones, achievements, travels (in space and time), genealogy and more. This large-format, richly illustrated book is the ultimate family album. It is also the first Simpsons book to pay tribute to the extraordinary visual artistry that has made The Simpsons the most consistently entertaining, enlightening and inventive show in the history of television.