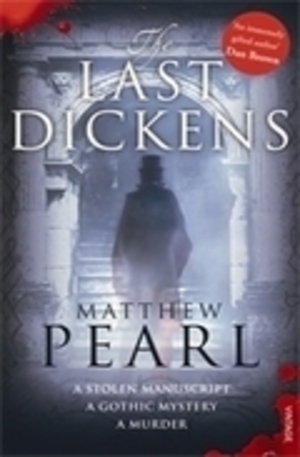 News of the untimely death of Charles Dickens reaches James R. Osgood at his American publisher. Expecting the arrival of the latest instalment of The Mystery of Edwin Drood and suspicious of unscrupulous New York publishers keen to get their hands on the novel, Osgood sends his clerk, Daniel Sands, to await its arrival. When Daniels body is found by the docks, the manuscript is nowhere to be found, Osgood must embark on a transatlantic quest that leads him to the dangerous streets of London in order to unearth the rest of Dickens final mystery and solve another of his own.