The Art of Bollywood 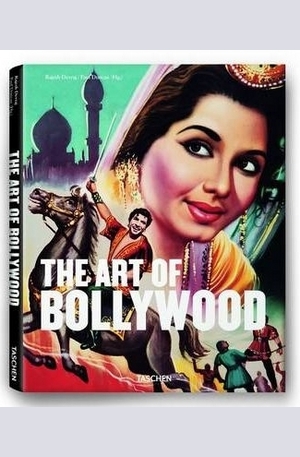 The Art of Bollywood

"Mother India" goes to the movies. This title looks at the hand-painted movie posters that made Bollywood a winner. Since its inception in the second decade of the 20th century, the Bombay-based Indian film industry - Bollywood - has developed a unique visual language, articulated by the vivid hand-painted movie posters that have since become highly-desirable collectors items. While Bollywood poster artists produced a staggering number of these hand-painted images, their ephemeral work has traditionally been presented unevenly, with shoddy reprints and re-release posters. "The Art of Bollywood" digs deeper into the tradition, presenting the original art in its true glory - from seldom-seen posters to rare images of street publicity and cinema displays. The text provides a detailed discussion of the works of key artists, in this, the first comprehensive overview of a previously neglected and underrated artistic genre.