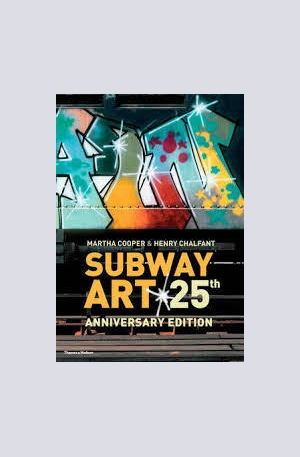 In 1984, photographers Martha Cooper and Henry Chalfant captured the imagination of a generation with "Subway Art", a groundbreaking book documenting the work of graffiti writers who illegally painted subway cars in New York City.

25 years on, the graffiti subculture it chronicled has blossomed into a global art movement, and "Subway Art" has become the most influential book ever to be published in the genre.

Now with over half a million copies sold worldwide the bible of the international street-art movement is back. A new large-format layout heightens the impact of Henry Chalfants images of the trains, and lets Martha Coopers narrative pictures tell the story.

In new introductions, the authors recall how they gained entry to the New York graffiti community in the 1970s and 1980s and describe the techniques that they used to photograph it. New afterwords report how the lives of the original subway artists have unfolded, and chronicle the end of the subway graffiti scene in the late 1980s and its unexpected rebirth as a global art movement.

"The 25th Anniversary Edition" is an essential book for all fans of graffiti, stunning photography and 1980s - cool.