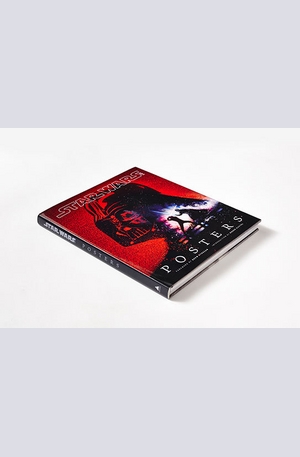 Few pieces of artwork have ignited the imagination and distilled the passion for Star Wars as much as the original posters created to publicise and market the franchises films, television shows and video games. From Howard Chaykins first advance poster, to Drew Struzans striking, now-iconic paintings for all six films--Star Wars has enjoyed nearly four decades of poster art from some of the most renowned artists and designers working in movies. Now, the fifth and final book in the Star Wars Art series, Posters, collects the very best of this artwork, covering a wide range of styles and tones, for all six Star Wars theatrical releases, as well as the Droids and Clone Wars animated television series, gallery exhibitions, fan-club exclusives, video games and limited-edition posters. Reproducing for the first time, whenever possible, the artwork *as* art, sans type and logos, this collection also includes several previously unseen concept sketches for the original trilogy, uniting all of the action, artistry and drama into one lavishly produced tome.