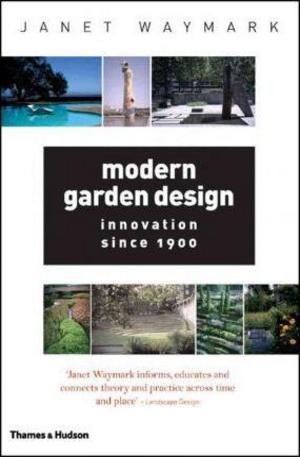 Gardens in the twentieth century reach back into the Victorian era and forward into the age of Land Art. Modern Garden Design traces the revolutionary postwar period - the Harvard rebels, Eckbo, Rose and Kiley; Noguchi, Burle Marx and Barragan - and the powerful influence of the Scandinavian landscape designers. The garden city is given close attention, from late Victorian Britain, through the Greenbelt Towns in the American Midwest, to the newest regeneration of urban centres worldwide. Notable artists and architects also feature here: Monet, Le Corbusier, Mondrian, Wright, Mies van der Rohe and Gaudi among others. Land artists have brought landscape and the garden into the 21st century - including Robert Smithson and Kathryn Gustafson in the US, Richard Long, Andy Goldsworthy and Ian Hamilton Finlay in the UK. This book will delight and inform everyone with an interest in gardens and contemporary culture.