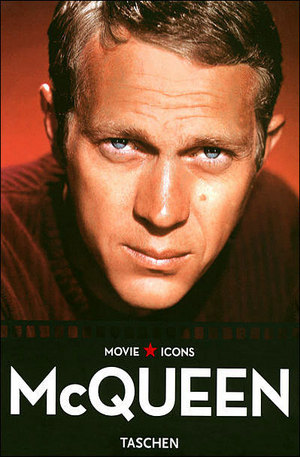 Steve McQueen found it hard to balance worldwide fame with a desperate need for solitude. Through performances that were effortless yet powerful, he connected with the people who saw him on stage, on television, in movie houses, and on magazine covers anywhere on earth. Sometimes more comfortable racing a motorcycle than in front of a camera, twice at the height of his stardom he took more than a year off from movies. Despite this, and despite dying young, he left an indelible imprint. Images, his own words, and the words of others chronicle his rise from juvenile delinquent to the highest paid star in Hollywood. "The Movie Icon" series: People talk about Hollywood glamour, about studios that had more stars than there are in heaven, about actors who werent actors but were icons. Other people talk about these things, TASCHEN shows you. "Movie Icons" is a series of photo books that feature the most famous personalities in the history of cinema. These 192-page books are visual biographies of the stars. For each title, series editor Paul Duncan has painstaking selected approximately 150 high quality enigmatic and sumptuous portraits, colorful posters and lobby cards, rare film stills, and previously unpublished candid photos showing the stars as they really are. These images are accompanied by concise introductory essays by leading film writers; each book also includes a chronology, a filmography, and a bibliography, and is peppered with apposite quotes from the movies and from life.