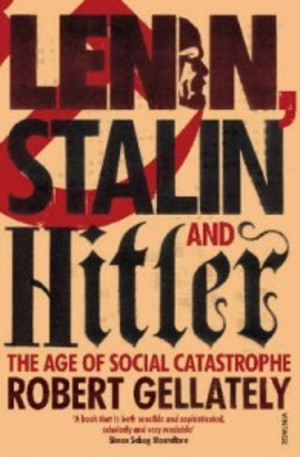 This remarkably ambitious book tells the story of the great social and political catastrophe that enveloped Europe between 1914 and 1945. In a period of almost continuous upheaval society was transformed by two world wars, the Russian Revolution, the Holocaust and the rise and fall of the Third Reich. Combining a powerful narrative with profound analysis, acclaimed historian Robert Gellately argues that these tragedies are inextricably linked and that to consider them as discrete events is to misunderstand their genesis and character.Central, of course, to the catastrophe were the dictators Lenin, Stalin, and Hitler and this book makes unprecedented use of recently opened Russian and German sources to explain how their pursuit of utopian - and dreadfully flawed - ideals led only to dystopian nightmare. In a groundbreaking work, Robert Gellately makes clear that most comparative studies of the Soviet and Nazi dictatorships are undermined by neglecting the key importance of Lenins role. The author rejects the myth of the good Lenin and demonstrates his centrality in the unfolding drama. The book provides a powerful social-historical account of all three dictatorships and carefully documents their similarities and differences. It traces the escalation of conflicts between Communism and Nazism and shows how the vicious rivalry between Stalin and Hitler led inescapably to a war of annihilation and genocide. The reverberations of this gargantuan struggle are felt everywhere to this day.