Its Been Emotional. My Story 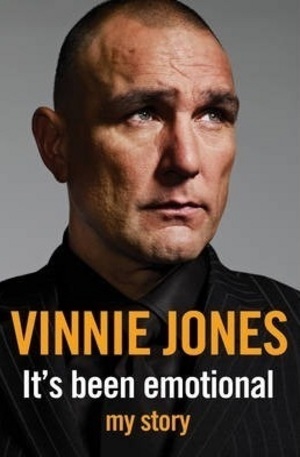 Its Been Emotional. My Story

British actor and professional footballer, Vinnie Jones is the original bad boy made good and will tell the full extraordinary rags to riches story for the first time - the brilliance on the pitch, the brawls and drinking off the pitch, the arrests, the affairs, his wifes dramatic health scare and his latest headline scandal with a Russian prostitute. Bold and frank, this is Vinnie laid bare.

Born and bred in Watford, Jones represented and captained the Welsh national football team after qualifying through a Welsh grandparent.

He won the 1988 FA Cup final against Liverpool before moving to Wimbledon and then Leeds United. He has also played for Chelsea. His celebrity status has grown over the years after appearing in the 2010 series of Big Brother and coming third, as well as the hugely successful British Heart Foundation CPR campaign.

Vinnies bad boy tag has followed him into the world of film where he has used his hard man status to secure roles in hugely successful Brit Flicks, such as Snatch and Lock, Stock and Two Smoking Barrels.