Banksy: The Man Behind the Wall 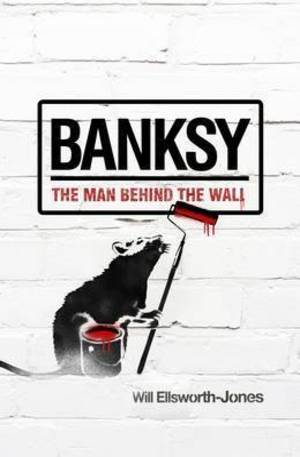 Banksy: The Man Behind the Wall

or someone who shuns the limelight by concealing his real name, never showing his face and never giving interviews except by email, Banksy is remarkably famous. In his home town of Bristol, in Los Angeles, in London, in New York, where there is a Banksy exhibition there is always a queue - often three hours long. His book of his art, Wall and Piece, has sold over a quarter of a million copies. Such is the commercial value of his work that people have hacked an entire wall off a building because it bears some of his graffiti. His popularity is such that councils who in the past saw him as a vandal whose work should be washed off the streets now hurry to protect it. But who is this man; how did he become what he is now; what makes him tick? How far can we get to know and understand someone who goes to such lengths to keep his distance from us? Now, in first ever biography of Banksy, Will Ellsworth-Jones pieces together Banksys life and builds up a picture of the world in which he operates.
He talks to both his friends and enemies, those who knew him in his early un-noticed days and those who have watched him try to come to terms with his new-found fame and fortune, and asks what, ultimately, this enigmatic character and his lifes work add up to.